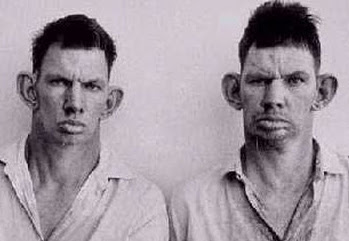 There has been a YouTube video of two people illegally catching steelhead from a feeder creek running into the Chagrin River. The video was taken on a property located in Gates Mills. One of the preps is from France and from watching the video, his guest isn't well versed in the game and fish laws. In the state of Ohio, it's illegal to net steelhead. The creek in the video, is so small and narrow that a 3 year old could piss across it. He gleefully dunks his net in and catches one of the darkest, nastiest looking steelhead. It looks so awful that a starving raccoon would pass it up. Nonetheless, the guy is very happy with his catch and brags about how easy it was to catch in front of the camera. After that we're shown a segment of the fish lying in a large pan ready for the oven. I suspect a puddle of black mush after 30 minutes of cooking.

Well that video went viral and it sparked outrage in the steelheading community. Several people emailed the video to the ODNR. The ODNR contacted Youtube and they assisted the game warden by tracing the ISP account. The warden arrived only to find out that the homeowner was out of town. Once he returned, he gave a summons for him and Pepe that they broke the law and had to face a judge.

They had their day in court and the guy from France was charged with illegally netting a steelhead and fishing without a licence and the landowner was charged with aiding. Both were fined $250 and received 30 day suspended jail sentences.

I felt they got off lightly as a $250 fine for a Gates Mill resident is pocket change. Both of them should be forced to fish the Manchester Hole on Walnut creek with 10 slob anglers for company for an entire season
Posted by Greg at 7:39 PM