Spring Steelhead and The Heatwave 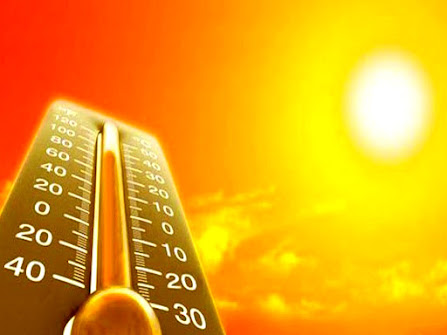 April showers bring the dog days of August huh? This happens from time to time here on the Alley during the spring, the extreme swings in temperature. Just when we're ready to pack away the winter gear, Mother Nature throw us a curveball. A perfect example of that was on April Fool's Day. We recieved snow and temperatures in the 20s and the following week we're experiencing weather that commonly happens in August. This wreaks havoc on steelhead as the stream temperatures soar into the 60s and the fish hit the gravel in huge numbers. The fair-weather anglers stormed out of their houses and headed for the nearest section of gravel. I on the other hand often go to the sidelines and wait for cooler weather to come back.

But Mother Nature took another look at the calender and corrected herself. The weather came to normal and I resumed fishing. Due to the snow, we finally had some runoff to elevate the streams as it's been a bone dry spring. Time to get off the sidelines and enter the game.

While the majority of anglers in the spring take adavantage of spawning fish, I target fish that finished spawning. Post spawn fish are messed up. They look like they went 10 rounds and it shows. Their bodies sport some nasty wounds. I've caught males with torn out eyes and broken jaws. The females have it just as worse, with festering wounds and practically worn out caudal fins. You would think they couldn't muster the energy to pick off a dead minnow, but instead they still possess that vigor and athleticism that they're know for. It would be like Carl Lewis running 100 yards in a little over 10 seconds with two banged up knees and missing eyeball. That's why I think steelhead are freaks of nature.

After expending all of that energy on spawning, steelhead's appetites are voracious. To rest and recuperate, they tend to drop back and seek the slower moving pools and holes. These are places that spring time anglers often pass up. There's been plenty of times when I've fished these areas and I'm lucky to see one or two anglers. I leave the combat fishing to the novices and the clueless.

Saturday was spent bouncing along the Grand River fishing a variety of water. The fishing was decent but I suspected that the majority of fish where still spawning. It was early afternoon and the morning crowd had thinned out. Some did well and a lot went home with a skunk around their collar. I drove up stream and checked out one spot that I haven't fished in a while. It was a section below a feeder creek that entered the main river. Here the river flows faster and it's a series of riffles and runs. I scan the river and I see anglers spread out and all of them are fishing the skinny water. I continue to scan and I see one place that's ripe for the picking. There's two fishermen working the gravel above and right below is a run that is narrow and littered with lumber. I crossed over and exchanged greetings with the other anglers.

Due to the lumber, there's no way to effectively fish it with a fly rod. The run is probably 5' wide and there's trees piled up along the bank. It's not very long, probably 20' and eventually tails out. It may or may not hold a lot of fish. The feeder creek above is low and gin clear and most of those fish have probably retreated to the river. When fishing for drop backs, I go heavy duty. That means I use a 10 tippet and a large hook. These fish often go berserk and with lumber close by, they go into to it. I toss the float out and feather it. Halfway down it gets sucked under and the water surface explodes. I briefly see a large fish and the hook gets tossed. There's life in there. I put on another sac and repeat the process. A little farther down right at the tailout the float goes and I set the hook. A smaller fish leaps from the water and I quickly haul it in. It's a small gnarly male that was probably resigned to the fact that he wasn't going to get any action with the hen and most likley would have been murdered by the dominant male. I continued to fish the run and I quickly realized that there was a shit load of fish in that tiny run. I continued to yank out fish and the two guys above were astonished. When it was all said and done I caught over 10 fish and probably lost just as many. I shuffled down worked some other sections that vacated and continue to pick off fish. I called it a day because I exhausted my three jars of sacs. I'll probably venture out tomorrow because it's Easter Sunday and make it a full day event, because the window is starting to close.

It turns out be the right call, because the following week the hotter temperatures came back and by now the rivers were all low and clear. There's probably a couple more weeks and that's usually it. The next rain might bring in some late to the party stragglers, but by then I'm permanently on the sidelines until fall