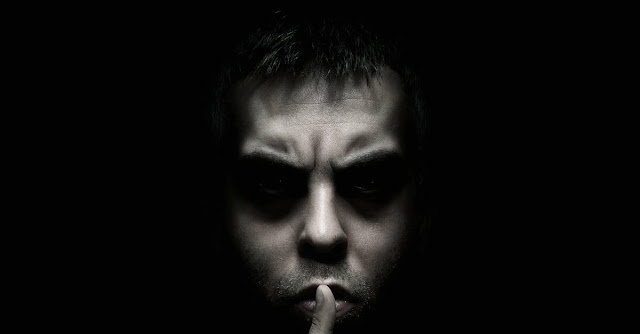 "Where did you go fishing today?"

"Did you fish high or low?"

"I was all over the place"

"How many fish did you catch?"

"Enough to keep me happy"

Fishing and secrecy, some of the best steelheaders I know are infamous for keeping others in the dark. Some of it is deliberate and other times they get great joy of hearing the discomfort on the other line as their buddy is struggling to catch fish.

I tend to fall into the tight lipped category. Whenever someone asked if I having any luck, I give out the most vague response

The person asking the question often continues walking and when they're out of sight, I look over and chuckle. Because, I was banging a ton of fish out of that spot. Why ruin it?

"There's no such thing as a secret spot on Steelhead Alley! Everybody knows your favorite spots!"

While that might be true in the urban areas where the majority of anglers fish elbow to elbow. Everybody knows the names of the most popular holes and pools. Those spots are often great and can hold a lot of fish. But you'll have to deal with a ton of people. I leave those places to the hordes.

I usually go off the beaten path, deep in the darkest reaches of the Alley. I'll fish waters that have rarely see a line. I'm willing to go the extra distance. That's where I find my secret spots. The places that many are not willing to go. The long hikes through the woods and crossing over numerous times to get my spots. There I find solitude. I guard these places unwilling to share the locations. I worked hard to find them. I know for a fact that a couple of diehards I've fished with would never disclosed their secret spots. I liken it a strict code among the best of the steelheaders.

It's not that I'm selfish, but I've learned that over time shooting your mouth off can have dire consequences. That's why I rarely post anything on social media. I live by the motto

I remember when going on other either steelheadsite or ohiogamefishing and shaking my head when I read reports. The person posting the report gave out the name of the river and location. I couldn't believe that some people were stupid enough to give out that much information. I chalked it up to someone being naive and feeding their ego. However, I know some individuals that deliberately posted a bogus report to deflect pressure on their home waters. Quite honestly nobody knew if the report was real or not. Just like fishing and secrecy go hand in hand. So does bullshitting and lying. That can be an entire other story, which I plan on writing about.

Sites like those created friction because there was a group of people that believed the internet was the sole reason for the increase in crowds. That's debatable today, because steelheadsite no longer exists and reports on ohiogamefishing are few and far between. Facebook is the place now where everybody shares their outings. If the internet disappeared tomorrow, the number of people fishing would be the same.

There's a very small and I mean a very small circle of people, that I feel comfortable enough that I'll give out information. I liken it to a brotherhood. I know who to trust and not to trust. The people that I trust the most are the ones that I developed a deep relationship with. We often help one another out and there's been times when I was one river and they were on another, we would call to see what the action was like. Sometimes they thought a certain river was too high and I rolled the dice and made the drive out and it turned out to be the right call. They would call and say the fishing was awful and I would tell them that the action was hot. But when it came to those secret spots, I would rather have ice picks stuck in my balls than give out the exact location.

Unfortunately Mother Nature has played a role in our secret spots. She has the power to make them disappear. High water and ice are the culprits as they move gravel and mud from one spot to another. Banks get chewed out by ice and alter the flow. I've lost count of how many spots I lost over the years. It's a trip down memory lane as I tick off another spot that filled in. At times, it's heartbreaking as I walk and piss and moan that another spot is gone. But I have stumbled onto new spots and on my maps, I'll mark an X on it.

Some people will view my comments as anti-camaraderie or being selfish. The way I see it, there are no set of rules as everybody follows there own. Put in the work and find those places where you can enjoy the solitude and reap the awards.
Posted by Greg at 8:30 PM 1 comment: