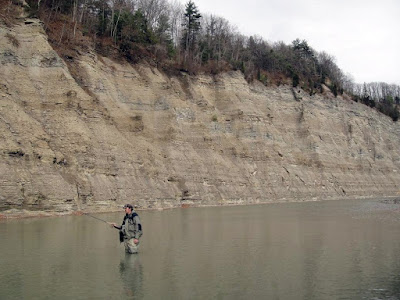 Float fishing is a great alternative to those who hate the complexity of fly fishing. I find it to be one of the most productive ways to fish for steelhead.
Posted by Greg at 5:31 PM No comments: