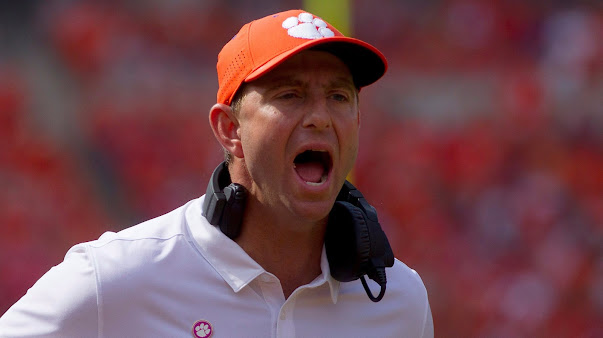 That's just a little snippet of Dabo Swinney's comment about why he ranked Ohio State 11th in the college football polls. But, that didn't stop him from doubling down when the Buckeyes made into the college football playoffs despite playing 6 games because the Big Ten started later and couldn't make up cancelled games. But, when you're 4-0 against the Buckeyes and one of the 800lbs gorillas in college football, you can troll your opponents with little impunity. Yet Swinney kept supplying more bullentin board material for the Buckeyes. I think he felt he was in Ohio State's head rent free and probably thought he was going to beat them again.

I guess the lack of respect from him and media or how last year's game ended was enough fuel and motivation for Ohio State. Going into the game, I had no idea what Ohio State team was going to show up - win big or lay an egg. They played 6 games since October and three games were cancelled. It's hard for a team to find any rhythm and grow when they have to sit and deal with their own issues of players and coaches getting the virus. Plus their defense was suspect.