Before the Nuclear Meltdown 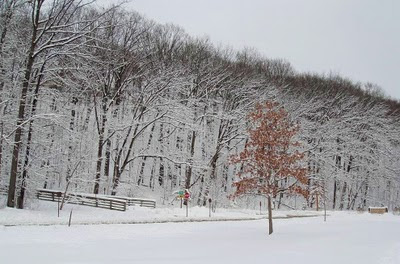 Typical Steelhead Alley weather - warm weather melts all of the snow away and then BAM almost a foot of snow. Then the weather honks call a flood warning as rain and another warm spell will blow the rivers out. Many steelheaders heeded that warning and hit the rivers in earnest. During the weekday, I fished the home river like a chipmunk gathering nuts for the upcoming winter. I raced from spot to spot, feverishly trying to catch fish.

After the ice out, many were still frustrated with the lack of fish. That was true during the weekend as the 90% posted a shutout and the 10% kept their mouth shut. For Sunday, the day started off on a bad note as I "ahem" slept in and I was called out for being a dog - heh heh. I decided to drive out east to the Grand and the first stop, one of my favorite spots had been posted. The huge in your face sign said no hunting or fishing. I was puzzled, because I knew it was never posted in the past. My heart sank and many others probably had the same feeling. However, there was a ton of snow piled along the road so I continued to drive on the next spot. I drove by and there were 12 cars parked along the road and I didn't bother to stop. The next place I didn't see any cars and the lot wasn't plowed, but the snow didn't look that deep. I knew my Cherokee aka the silver bullet could handle it. I drove in and it was oh shit, the snow was pretty deep. I thought the bullet might of bit off more than it can chew. To make a long story short, it was a battle of attrition to get out as passing motorists looked at me and thought - retard. But I managed to get out, much to my relief. The Grand was a tad high and I didn't want to fish one spot so I headed to plan B. 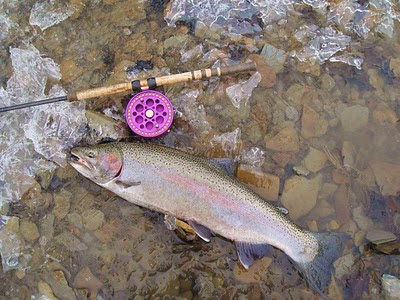 I hit the Chagrin and it turned out to be an egg in my face. The water looked had that nice chalky color, but I couldn't coax any fish to come and play. I mutter that Bubba put the hex on me for sleeping in as he ran smack all afternoon about catching fish in the morning. Not to worry, I'm having a voodoo doll made that resembles him. 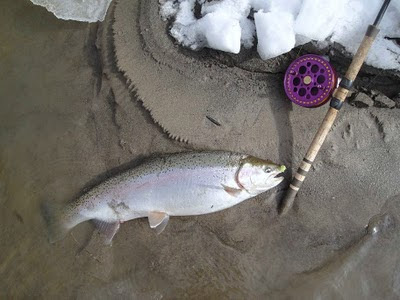 When Punxsutawney Phil was unceremoniously yanked out of his burrow and didn't see his shadow, that meant it would be an early spring. Many here on the Alley were singing hallelujah as steelheaders I knew were fed up with the lack of fishing. For some the diehards they were able to find any available water to fish and some had great days. Over the past few weeks I've been lurking the lower stretches of the Cuyahoga. Due to a pair of bald eagles nesting up river, some of the best sections are closed off for the rest of the season. That I never understood, as the national park doesn't seem to have a problem running the train near the nesting area, but god forbid that some angler wades quietly along the stream??? So far, it's been hit and miss as I'm still a little green on the river. But, it's another feather in the hat. Today was a decent day as I caught some nice fish and later I scouted another section farther down stream. 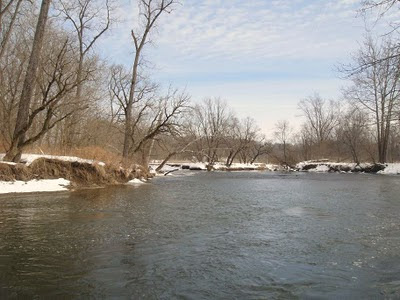 The forecast for the upcoming week is calling for temps to be in the high 40s and possible rain. Driving through the Rocky River metro parkway, most of the river is still locked up in ice, But the ice is turning grey and side ice is melting away. As it gets warmer, more water will start to open up and that's were some people might get into trouble. In past years, I've seen some people literally stand right on the edge of side ice. That can be dangerous as it's difficult to gauge the thickness and your rolling the dice. I've been guilty of fishing on side ice but I also bring along a long landing net.

The only problem I see is the ice is so thick, the ice will have no where to go and jams will create a lot of flooding downstream. The ice will also grind a lot of the banks away and that will result in very heavy sediment loads. That usually means the rivers will be very dirty and fishing can be tough in those conditions.