Ask any Lake Erie steelheader what's their favorite fly is and the most common answer will be - sucker spawn. The sucker spawn is one of the most widely used patterns along Steelhead Alley. The majority of steelhead I've caught when fly fishing has been this pattern.

The sucker spawn is suppose to resemble a mass of fish eggs. This pattern is relatively easy to tie. I buy most of my yarn from arts and crafts stores such as Joann's or Micheal's. A large ball usually costs a couple of dollars and can last a long time. 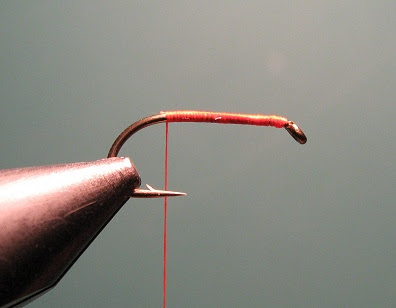 Wrap the thread around the hook all the way to the end of the shank. 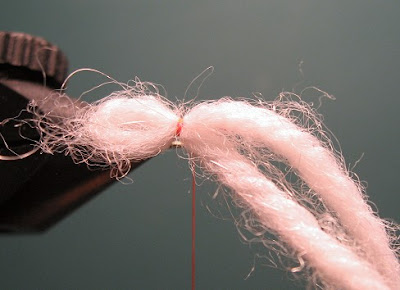 Cut an 8" piece of yarn. For large hooks such as #10 or #12, you can use 3 ply yarn. For smaller hooks may need to remove a strand. This will make the fly less bulky and easier to work with. Take the yarn and fold it in half. The first loop will be a single one as shown above. Wrap the thread around the yarn about 5 times. Then pull the yarn up and tie the thread around the hook 5 times. This will hold it in place. 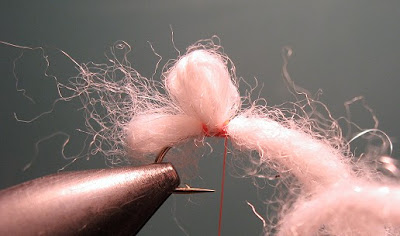 Take the yarn and fold it over as shown above. This will be the first pair of loops. Wrap the thread around the hook 5 times. You can adjust the size by pulling on the yarn. Then pull up the yarn and wrap it 5 times. This will keep the loops from moving. 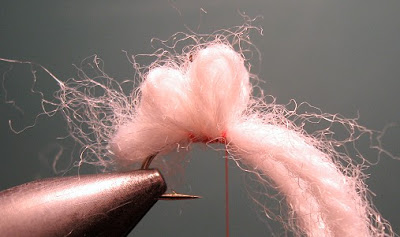 The second pair of loops will be larger. 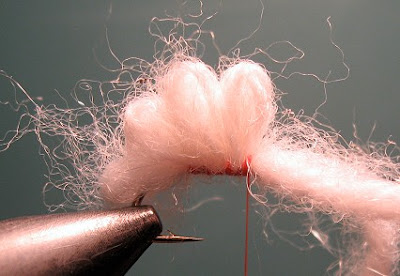 The 3rd pair of loops should be the same size. 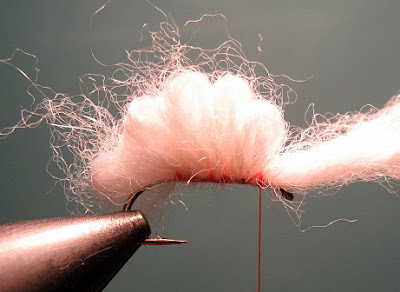 The last set of loops should be the same size as the first pair of loops. Wrap the thread around the hook several times and cut the excess yarn. 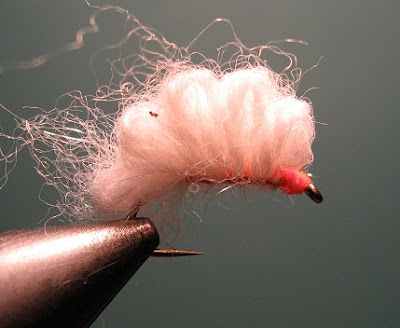 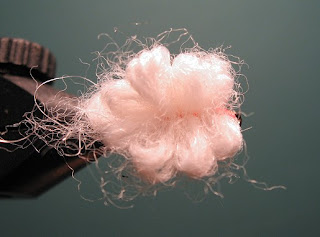 The end result is a cluster of eggs. This pattern can be used under a float or bottom bounced. The best colors for me are white, pink and peach.

I have to agree with you on the SS, Greg. I've been on a tear, tying them up in various colors, getting ready for the season. I too like pink the best (Salmon egg pink) and I had great luck with white last season.

Have you had success with any other colors, like blue or purple or black? Red and orange don't seem to work much for me, but it might be one of those things where you don't fish them much because the other colors are working so well...

I tried blue but I never had much success. As for purple or black I never used those colors.

I'm surprised that orange didn't work for you as that one of the better colors.