Has The Internet Ruined Fishing? 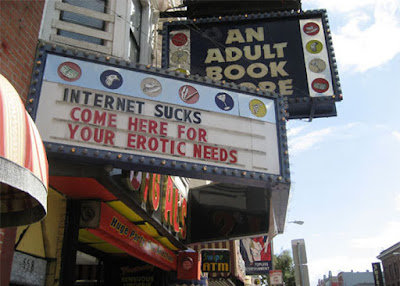 Has the internet ruined the fishery? It's a subject that has riled up a lot of anglers here on the Alley. Personally, I think a lot of people are over reacting. Why? Any resourceful angler will find the necessary information, whether the internet existed or not. If it were to shut down tomorrow, I'll bet that most of the streams along the Alley would be full of anglers. If you asked them where they got their information from it would be from a bait shop, a buddy or they lived nearby a particular stream.

However, there's a small group of people that absolutely hate what the internet has done to the favorite fishery. Here is a sampling of what I generally see whenever a thread gets blown up

"I'm sick and tired of these losers asking to be spoon fed, get off your lazy asses and do your own leg work"

"More and more property will get posted"

"I hate people that give out specific locations"

"Our fishery will be ruined by out of towners"

Valid points to some and for others, it's a just another group of anglers that can't accept reality that the internet is here to stay. The internet has made fishing a lot easier for today's angler. All the information is available with the click of the mouse. State fishery departments, USGS flow data, weather channels, blogs, e-magazines, websites dedicated to steelhead and even Uncle John's webcams at his camp on the lower Elk. The majority of anglers still use fishing websites to find out what the pulse of the Alley is like.

The internet has made fishing a lot easier for today's angler. All the information is available with the click of the mouse - state fishery departments, USGS flow data, weather channel, blogs, e-magazines, websites dedicated to steelhead and even Uncle John's webcams at his camp on the lower Elk. The majority of anglers still use fishing websites to find out what the pulse of the Alley is like. I never post a report on the two most popular sites for Lake Erie steelheaders - steelheadsite.com and ohiogamefishing.com, because I've been banned from both. I'll admit for shits and giggles, I loved to stir the pot and rattle the moderator's cages. Both have declined in membership over the years because of the constant bickering and accusations. That biggest complaints are spoon feeding and naming locations on the rivers. The haters will attempt chase off any newbie or out of towner that dares to ask the question "Are there any fish in the river?" or "Where can I go to catch them?"

If there's one thing the internet has created, it's the lazy inept steelheader. Instead of going out and learning from trail and error, they'll post question like "Are there any fish in the rivers?  or "Where are the best locations?" They'll start breaking out in a cold sweat Friday night and go into full panic mode when they get up Saturday morning and there are no reports. They come up with all of the excuses - can't risk wasting gas because they live a couple hours away and there isn't enough time to figure out where the fish are. I call bullshit because I go through a lot of gas in pursuit of steel. That's part of the game and I'm willing to shell out the dough.

I pretty well use the phone and the USGS flow data - that's all I need. I have the flow data down pat and know what's fishable. I've told people there always somewhere to fish on the alley any given day. Over the years I made a lot of contacts and those contacts are on speed dial. Every week we're on the phone with the latest information and in a lot of cases it's saved a day that could of been terrible.

The internet hasn't ruined the fishery because that cat was let out of the bag a long time ago. The main purpose of state agencies that stocks fish is to generate revenue for the state. Revenue from licences, lodging, food and gas all go into the state's coffer. Steelhead Alley has more steelhead per mile than any other streams in the lower 48 states, so word is bound to get out. Big numbers of fish equals big numbers of people. So don't panic when the latest person posts his latest outing and notice that 100 people viewed it because more than likely it's a bogus report to deflect pressure off his river heh heh
Posted by Greg at 10:26 PM

I don't think your zip code can determine who has access to the best water or not. It's all public water and no one own's any of it, at least not in the legal sense, unless they have legal title to it. If people have issue with overcrowding, they should pressure their elected officials to pursue opening up more public access and not try to close out or intimidate travelling anglers, because its just not going to happen.