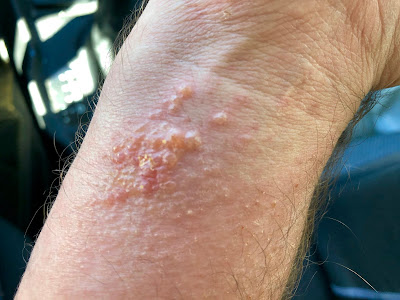 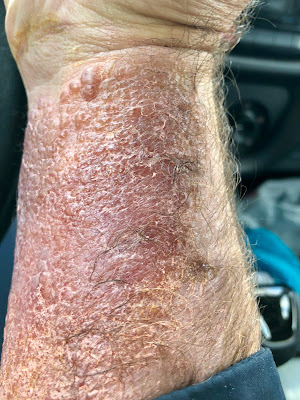 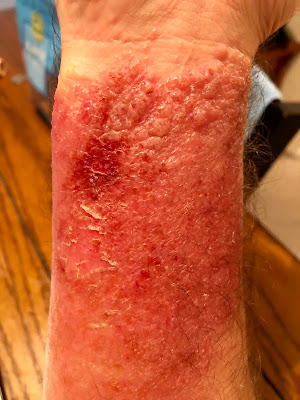 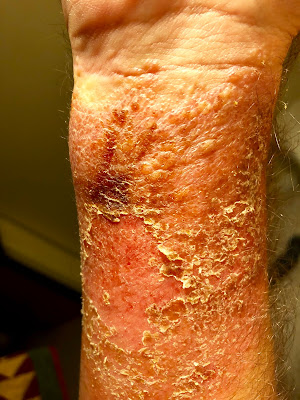 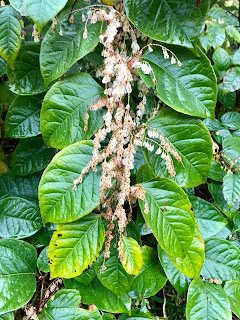 Here's my antagonist - Toxicodendron vernix. This rotten plant that gave me over two weeks of lousy sleep, endless applications of apple cider vinegar, nightly doses of Benadryl, and the nastiest blisters that I've ever had. Three week later my wrist is almost back to normal as there a small hint of red. My chest is getting better as the blotches are barely noticeable. Just this past weekend I was on Conneaut Creek and was shocked see that it grows all along it. For years I've walked right through it, thinking it was just sumac. While not everyone is allergic as I am, just be careful out there.
Posted by Greg at 9:06 PM No comments: