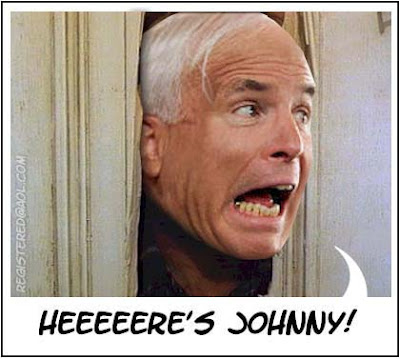 On November 4th, Americans finally ended the most obnoxious election I've ever seen. I was ready to fire a brick through the TV because of the non stop commercials. I was bombarded with robo-calls for both Obama and McCain. I sick of Joe the Plumber ( in Canada he would be Pierre de Plumber ) bullshit. This is the price I pay for living in the battleground state of Ohio. Why can't Ohio be irrelevant like Vermont or Iowa? Then there were the college kids knocking on doors asking to register people and I having to tell me "Your the 5th person to ask me to register and I can't vote because I'm not a U.S citizen" All of them looked like your typical young liberal - unkempt looking, probably had a hacky sac on them and lived on a diet of hemp and rice crackers. I even had one guy say I spoke good English for a foreigner huh?

The U.S election is crazy compared to Canada. I remember my ex-wife getting the absentee ballots for the last two elections and there was everything from president right down to the dog catcher. There was federal, state, local, county judges, county commissioners, school issues, fire and where should the mail box be placed and so on. She spent hours poking out those stupid chads. I remember voting in Canada for prime minister and there were 5 choices and checked off your party and that was it.

As soon as the economy went into the shitter, McCain was basically screwed. It was Obama's election to lose and as soon as the T.V hacks made their predictions that Obama won Ohio, it was over. No candidate running for president that didn't win Ohio - lost. McCain didn't do that badly, but was a shit kicking for the Republicans. Since I'm considered middle class that means most politicians couldn't give a shit about me once the election is over. Everbody at work has asked me what socialism is like and I reply "You'll find out soon enough".

Obama has a huge mess on his hands. The big 3 in Detroit are hanging by a thread, there is no money left to spread around, and everybody is broke. It's going to be a Merry Christmas this year...........
Posted by Greg at 7:19 PM